For enquiries or to make an appointment please use the contact details below.

The EMMETT Technique is a complete therapy on its own but has the ability to work in combination with other skills your EMMETT Practitioner may have.

About your Practitioner in Dublin

John Kenny Emmett Practitioner has been extensively trained in the principles and practice of the EMMETT Technique. He is skilled to quickly assess and release muscle tensions appropriate for each individual’s needs.

Your local EMMETT Technique Practitioner is: 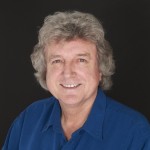 The EMMETT Technique is not intended to replace medical advice or treatment. It is recommended that your consult your own GP.

The EMMETT Technique is a unique body therapy created by Ross Emmett. It is a technique which has been shown to ease pain and discomfort, increase movement and improve quality of life.

How does it work?

The EMMETT Technique involves the application of light finger pressure at specific points on the body. In a similar way to the workings of a touch-screen the body responds to this light touch by changing muscle tension and action.

Symptoms that may be assisted

“‘An accident in 1985 left me with intermittent back pain. When I hit 70, four years ago, my back problem became acute and was accompanied with what I called ‘a dead thigh’. My doctor was no help, he sent me for scans and blood tests, all to no avail.

After three visits to John I could feel some improvement, after six sessions I had no back pain and no dead thigh. That was over a year ago and I am flying around now.”
Testimonial from D.D.

“I recently suffered from backache and as a result I had constant pain and restricted movement. As John Kenny is a practitioner in the Emmet Technique, I went to him for a treatment. The treatment was gentle non-invasive and very effective. I came away pain free and with full movement. I highly recommend John as a practitioner of the Emmet Technique.”
Testimonial from M.F. Nurse.

“I have suffered from bad constipation for years and was recommended the Emmett treatment. I attended John Kenny and after only one session I had 3 bowel movements the following day. I had a further session a week later and since then I have had no problems with my bowels. Would certainly recommend the Emmett treatment and felt totally relaxed with John.”
Testimonial from MH

TMJ Issue Resolved
“I had TMJ for the past 3 years which included debilitating pain in my jaw, daily migraines and been unable to open my mouth for more than an inch. After numerous consultations with an oral surgeon who specialises in TMJ related problems, I got only temporary relief. I was then referred to a Maxillofacial Consultant who suggested joint surgery.

I happen by chance to meet somebody who was familiar with the ‘Emmett Technique’ and suggested that I should contact John Kenny who has trained in this healing modality. After 2 sessions I could see a big improvement and today the problem no longer exists. I would highly recommend John Kenny and this wonderful treatment. “

“Having suffered with neck pain for a number of years I was then in car accident that caused whiplash and general back pain. John saw me very quickly and after one session of the Emmett Technique with John I had instant relief. After a few more sessions not only were the symptoms from the accident gone but my ongoing neck pain was also gone and still is gone. John’s treatments are very unique. He is extremely knowledgeable in the Emmett Technique and is also very intuitive about what suits each person best. I have also done the Emmett course with John that teaches you moves you can do for yourself at home. Everyone should do this course. I highly recommend John as a Emmett therapist and a teacher.”
Testimonial EK Dublin.

“Last year I suffered a severe form of Bell’s Palsy, which meant that the left side of my face lost all movement. Not only was I unable to close my eye, but even eating was extremely difficult. After two months of no improvement and constant pain, I was recommend to go see John and try the Emmett technique. I didn’t really know what the technique was, but I was willing to try it.

From the very start, John put me at ease by listening carefully to what I had to say which really reassured me. At every step, he explained clearly what he was going to do and how he would do it. Before we started I was quite anxious and nervous about the results, but this faded straight away as the relief in my face was incredible. I hadn’t realized how much pain I had been in, I’m not sure I can describe how much of a difference it made. I went to several sessions with John, which I found invaluable. Using the Emmett technique made an immediate difference in my symptoms. There was a visible difference in the palsy and the pain was reduced, managed & helped. It was the only thing that I found made such a noticeable difference and I really would highly recommend John to anyone.”

“I had a serious illness that left me with a lot of shoulder and back pain and I found that a few treatments with John and his use of the Emmett technique produced a significant change in the post-operative muscular pain I had been experiencing.

What is truly healing about John’s approach is how gentle and noninvasive it is on the body and yet very healing very quickly. I would highly recommend John and Emmett technique.”
Testimonial DH

“I had suffered from constipation for a month and had tried all the usual home remedies such as oil, water, lemon, fibre, exercise and even branded laxatives. My bowel just wasn’t working. Then a friend recommended John Kenny and the Emmett Technique. John made a few simple and gentle swiping movements on my tummy. A few days later after a second session my bowel started to work a little and gradually within two weeks it was completely back to normal.

I would recommend John and the Emmett Technique to anyone suffering with this condition.”
Testimonial M.M.

“I had a history of neck, shoulder and back pain after a road traffic accident 20 years ago. I went to John for an Emmett Treatment and after a couple of treatments I was pain free and was able to join aquafit classes and dance classes. A year later I had to have intensive dental surgery and a sinus graft. My jaw was displaced and I was in unbearable pain and my face didn’t look like me anymore. After a long but gentle session with John the pain was gone and I was able to eat that evening for the first time in ages. My face too returned to it’s old self and I would highly recommend John and the Emmett Technique.
“
Testimonial L.M.

“I hurt my lower back moving a heavy Rolled Steel Joist beam at work.

I went to see John Kenny an Emmett Practitioner as I had pain in my lower back.

After several treatments from John which were very effective and gentle I found didn’t have any lower back pain.

John treated my neck which had also been very stiff for a long time. After a few treatments my neck has a full range of movement again.

I would highly recommend John Kenny as an Emmett practitioner.”

“As I have suffered from incontinence for more than 10 years I attended John Kenny for three Emmett Treatments over a seven day period. I had been accustomed to visiting the loo 3 -5 times per night. Exhausting.

I found John to be professional,sensitive and respectful of me at all times. I was put totally at my ease. Since the three treatments I am up only once per night and I feel so much more rested.

I cannot thank John enough for the help he has given me. I would highly recommend trying this treatment to anyone with a similar problem.”

There are a small number of practitioners working in Spain at present. Only one is fully qualified and resident in Spain full time.
With the start of the Emmett Training in Spain, this will change over the next few years – how exciting is this?

Audrey is qualified to Emmett Practitioner Level 2 – this is the second of the advanced practitioner level courses available to fully qualified practitioners. She has also joined the team of qualified Short Emmett Course Tutors this year and is looking forward to running courses in Spain.

She can be contacted on audrey-gail@hotmail.com

John works in Hondon De Las Nieves, Alicante as well as in his home city of Dublin.

He is qualified up to Emmett Practitioner Level 4 – this is the second of advanced practitioner level courses available to fully qualified practitioners. John has also joined the team of tutors for the EMM Tech – Easy Muscle Management Short Course.

John can be contacted at john@thehealinghouse.ie

John can be contacted at john@thehealinghouse.ie

Did you find apk for android? You can find new Free Android Games and apps.